The Delta Park has a complex territory, dominated by water: rivers, sea, valleys or salted basins. Because of its peculiar geomorphological nature, the Park is, probably more than other sites, accessible also to those who have special needs. What might seem a limit, is indeed what enables us to have different and further “perspectives”, allowing us a truly new way of “reading” nature.

Here below you can find a list of some possible activities available at the different stations of the Po Delta Park: 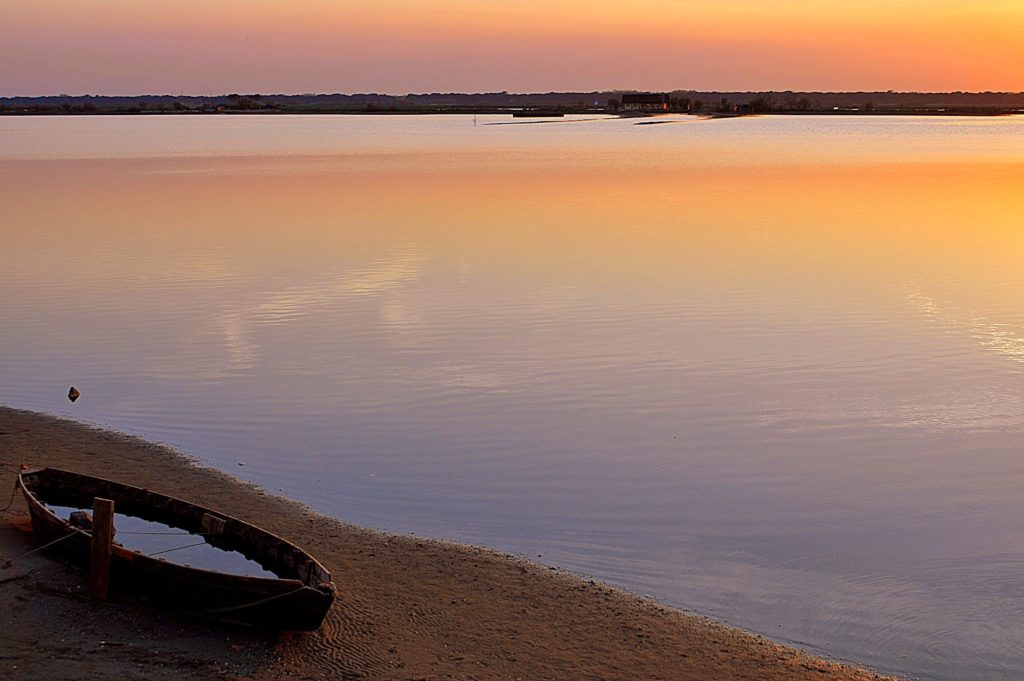 Comacchio is the most original and fascinating historic town in the Po Delta. Heir to ancient Spina, fought over by Ferrara and Ravenna, Popes and Emperors for centuries, its origins go far back: it rose up on 13 islets at the dawn of the Middle Ages and founded its urban and economic development exclusively on the water. Fishing, fish-breeding in the lagoon and producing salt were the source of its prosperity and also of its setbacks as they brought it into conflict with Venice. Today, Comacchio still boasts unique, intact architectural features; a town of canals, palaces and monumental bridges, making it look like a small-scale Venice, inhabited by people with a strong sense of identity who are proud of their origins. 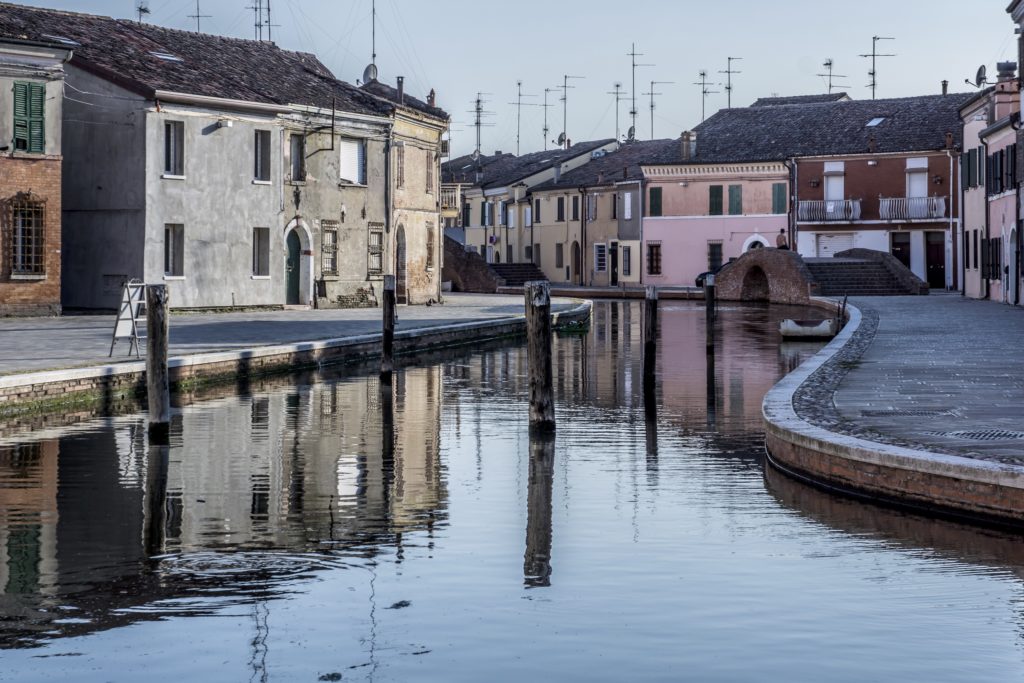 A masterpiece of Romanesque art, Pomposa Abbey can be seen from a distance with its towering campanile, which dominates the surrounding countryside like a “lighthouse” in the sea of green that surrounds it. The church was founded in the 6th century A.D. and from the middle of the 9th century the first community of Benedictine monks began to form, reaching its peak after the year 1000, when the Abbot’s spiritual and political jurisdiction extended over all the surrounding villages. A true lighthouse of culture, world-wide famouse for its frescoes and precious marble floors, Pomposa had one of the most extensive libraries of the time. Among the personalities that made it so famous were the saint and abbot Guido degli Strambiati and Guido da Pomposa (known by the name of Guido d’Arezzo), inventor of the modern musical notation. In front there is the Palazzo della Ragione, from which the abbot administered justice in his feuds. As the building did not have religious functions, it was detached from the others. 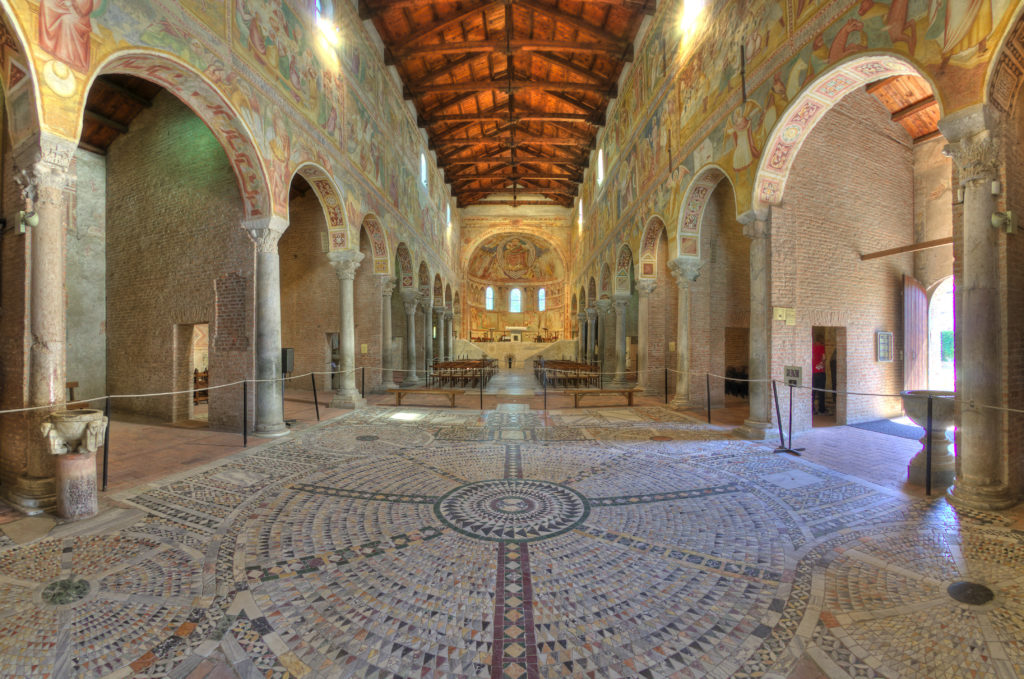