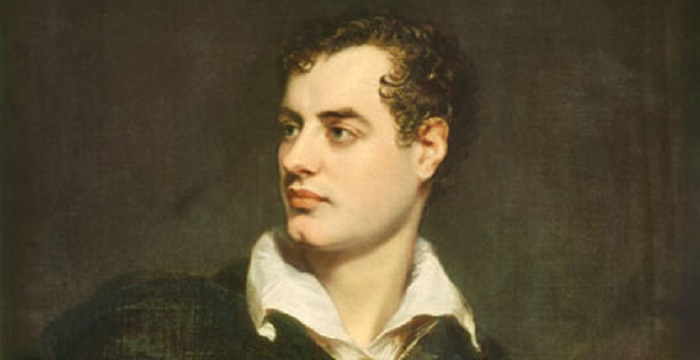 What did Byron like in our city, apart from the young attractive countess? From his letters and his journal we understand that he spent his time riding in the Pineta di Classe and in the Pineta San Vitale. He also liked writing poetry. Here in Ravenna he wrote a lot: Mazeppa, Cain, Marino Faliero, I due foscari, Sardanapalus, he also started his masterpiece Don Juan and wrote the short poem “The Prophecy of Dante” dedicated to the great Italian poet he deeply admired. Dante and Byron shared a common destiny; the experience of exile. A rebel, an outsider, a romantic, a freedom fighter. It was thanks to Pietro Gamba, Teresa’s brother, that Byron joined the local Carbonari and turned Palazzo Guiccioli, where he lived, into an arsenal. In November 1821 Byron, Teresa and Pietro fled to Pisa and then to Livorno; in 1823 the Lord left Italy to join the Greek war where he died.

Byron liked this small provincial town that was deeply impressed when he arrived in his black luxurious carriage full of animals. After nearly two hundred years the memory of the poet is still alive, in every corner of the town.

This site uses Akismet to reduce spam. Learn how your comment data is processed.